10 QUESTIONS TO BUILD YOUR STORY PLACE

Here is a quick exercise to help you explore your protagonist’s relationship with the setting. Just free-write on the questions. Look for conflict and character-building opportunities. Also look for possible events and places where events might take place. See if you can make your setting more than just a backdrop for your dramatic events. Think instead of your plot and protagonist interacting with the environment. I give an example exercise in italics.

This plot requires a city exploding with growth, as real-estate development plays a role in the story. It’s one of those new high-tech cities, with hundreds of little software companies and a couple of megamonsters like Microsoft. This means a highly educated populace, lots of new buildings, bike trails, an impatience with tradition… but there’s also an “old guard” of the city’s founding families, who remember fondly when it was just a sleepy affluent town. One thing both the new money and the old money would agree on- there are no poor people in this town. They don’t even notice the elderly and destitute evicted by the need for more land.

Bring in the Characters!

Meggie is from the east, a working class town like Hartford. Her family is working class, but she went to Brown, so she can do the Mensa routine. She’s a bit of an outsider even after 20 years- this is her husband’s domain. He grew up here, and he knows everyone, and it’s his quest to ring it with gleaming new towers of steel and glass, to make it more of a real city like Chicago. She goes along with that, but mostly because she hasn’t ever seen Concord as anything but his city, so she accepts his vision of it. Once he’s gone, she starts seeing the real town without his filter- the old gracious areas, the poor areas, the remnants of farms. So she’s never really taken root here, but maybe she will if she finds a cause, like historical restoration.

A mover and shaker might have been born into a powerful family, or clawed the way up from the lower class. An alien might be visiting to gather military intelligence, or to check out the best redlight district in the galaxy.

No doubt about it, this isn’t Meggie’s real home. She just moved here when she married. It’s a good place to raise a family. But since it was Don’s hometown, she always was just something of a hanger-on, and that felt uncomfortable, so she distanced herself. “It’s a pleasant enough place,” she’ll say, “but not really MY sort of town.” I might think about having her planning to move somewhere, anywhere, when her son is grown. She’s here because it’s where her kid is, not because she’s chosen it as her home. 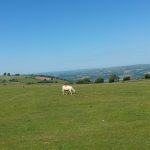 I think she’s going to decide she has to invest herself in the place. One thing that’s going to happen is she’s going to get into “renewed-use” or “recycled” buildings- instead of tearing down old buildings to make way for new, she’s going to start restoring them for the software entrepreneurs to use as offices, etc. She’ll be able to save buildings while making a concession to progress. She’ll work on transforming City Hall (about to be torn down) into studios and offices. Brad, the old-money fella, might be eager to get the space for a parking garage or something… will have to see. Maybe a new symphony hall.

This is a pretty circumscribed place. It’s bounded on one side by the river, and the other by the Interstate, and there’s nothing but farmland around it. And it’s always been peculiarly focused- insurance for a century, and now software- a one-industry town. The big no-no is poverty, I guess. You’re not supposed to be poor here, not really poor like the intractable poverty of urban areas. You can be poor until you take your software company public and become a millionaire overnight. Also progress is important. There’s not much discussion about whether another farm should be sacrificed to an office complex. Be careful to set up Meggie’s rebellion- don’t make her a naif who just discovered poor people and the need for human space in the urban parking lot. Show her early somehow embarrassed or angry about the high-rises or something.

I think the old-money vs. new-money aspect would interest an outsider. The new rich live either in huge, tasteless palaces in former cornfields, or in expensive but unfurnished condos (depending on whether they’re married or not- the young men software entrepreneurs probably sleep on bare mattresses on the floor). The old rich live in beautiful, graceful mansions- not as large, but far better built, and surrounded with gardens and trees. The twain seldom meet, except maybe in a few charity things. How can I bring this out with Meggie? She’s neither, really- she’s plain old upper-middle, and doesn’t really participate in this. I guess she can go to the symphony gala, and the founder of Netmore might be there, along with Brad. Maybe the founder of Netmore can be more of a character?

The basic family unit is either the two-income couple, maybe with kids, and the single mom. I could have Meggie notice that most of her son’s friends come from divorced homes. They are tentative and a bit wary, and very committed to friendship, but seem to have no interest in dating. Contrast this with the image of teenagers as sex-obsessed etc. These kids are very cautious. Meggie too is cautious now- no more throwing her heart away, no more committing to another for life. She expects to be casual in her relationships, once she gets going with them. She too is much more committed to her friends now than to the illusion of love. 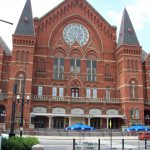 8. What does this setting value most in its citizens?Running shoes? Piety? Wealth? Community spirit? Reproductive prowess?Does your protagonist possess this quality? Does he/she want to? What will he/she do to get it? What are the consequences of not having it?

No doubt about it- money matters in this town. But so does initiative and smarts and ideas. Some of this could come out through Mike talking about his practice- mostly high-earning but miserable and empty people. You’re a failure in this town if you don’t make twenty million by twenty-five. The old guard is horrified at this attitude, but don’t even understand that money is just a matter of keeping score. (The old guard is much more into money in a way, as money- they keep score with those other things- where you went to school, who your cousins are.) Meggie doesn’t care all that much about money, but she likes the challenge of earning it. She’s secure enough financially but could get swept up in the game aspect of money. The consequences of not having money in this town are simply that you don’t matter, and you have no power. You’re essentially invisible.

Meggie’s overriding goal is to solve the murder. The setting interferes because the police don’t want her “help”. They’d prefer to handle their way. But since she’s in real estate and knows everyone practically, she has resources unavailable to the police. She can also get in and out of buildings because she is a real estate agent.

10. How can the conflict with the culture be resolved?Must the protagonist leave? Change the culture? Change him/herself? Buy the running shoes, irrigate the desert?

Meggie must eventually either commit to this place as her home, or decide to make her home elsewhere. She can’t go on as an interested bystander. If I get her involved with the City Hall project, maybe that will help. She can invest herself that way, at some risk to her relationship with Brad (who wants to tear it down). She’ll win this fight, anyway, or it will seem like it. Maybe the Netmore guy can ask her for help in starting his foundation, and she’ll suggest that he fund the City Hall restoration.