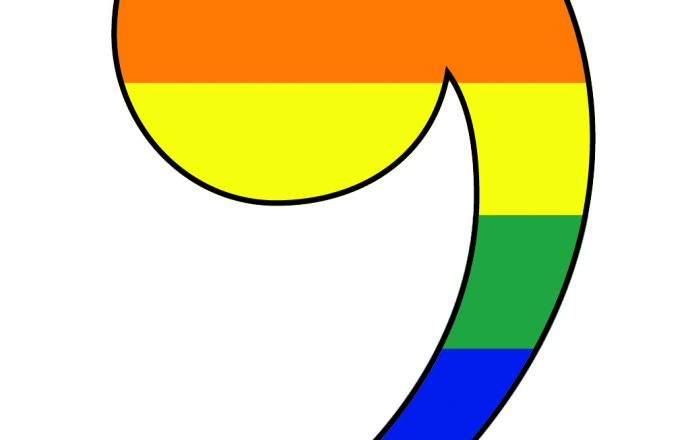 Sometimes writers are told, “Put a comma in when you pause.” We do tend to pause at the end of an element like this, but some of us also pause in other places too! But remember Christopher Walken, who speaks… very… slowly.  He pauses so much if he put a comma wherever he pauses, his sentence would look like this:

So “pausing” isn’t a reliable way to determine if a comma is needed, because as we speak, we pause for all sorts of reasons that have nothing to do with the sentence structure. Instead, think of the sentence as conveying a unit of meaning, and see what the elements are that go to make up that meaning, and consider them separately. And just in case, you might check the basic rules here below. There are other uses for commas, but if you stick with these, you’ll generally get your sentences just right!

Here are the main comma rules:

1. Use a comma after introductory elements, whether short or long—figure out what comes before the main clause, and set that off with a comma:

A. In 1815, the French army welcomed Napoleon back as its leader.

B. Anyway, we decided to go to the party on Saturday.

A. After the war, Churchill was quickly retired as prime minister. (prepositional phrase)

B. Worried that she would miss the party, Josie took a helicopter to Long Island. (verbal – begins with an incomplete verb form)

C. To make the team, Wilson had to practice his free throws for an hour every day. (infinitive phrase – “to” + the verb)

A. When Napoleon escaped from Elba, the French army welcomed him back as its leader.

B. Because Shakespeare had only a grammar school education, his friend Ben Jonson eulogized (or insulted) him by proclaiming him as possessing “small Latin and little Greek.”

A. “Esso” didn’t sound modern enough, so the company changed its name to “Exxon.”

B. The New York Times reported on the floods in Turkey, but its article appeared only in the international edition.

A. My brother, a Philadelphia landscaper, keeps saying that honeysuckle is an invasive species.

B. Oedipus the King presents an important theme, that people can’t escape fate, which still has meaning today.

Items in a series:

A. My classes this semester are English comp, military history, biology of the mind, applied math, and music theory.

B. Ransom viruses hijack your folders, encrypt your files, then send you a message demanding a ransom.

… direct address (where you’re using someone’s name or title to address them) with a comma:A. Molly, please stop pushing your brother.

B. You’ll never get anywhere, Ryan, with that attitude.

C. Thank you for treating my mother this week, Nurse.

5. Finally, use a comma to separate two coordinate adjectives (of equal value but different meaning):

B. The company responded with a bullying, hectoring press release.

(But don’t separate adjectives that work together as a unit, like:  Peter painted over the bright purple wall. )

If you’re tempted to “comma” in instances that don’t fit one of these basic rules, think about it, and check a good punctuation primer. There might be a good stylistic reason you want to add a comma (for example, to indicate this speaker is like Christopher Walken!), but as always– know the rules before you decide to break the rules.