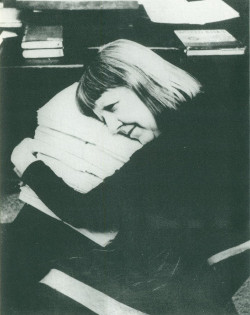 Story endings are literally anticlimactic– that is, the conclusion comes after the climax scene. But you don’t want the end actually to be an anticlimax, an afterthought, something stuck in there so the reader will know the story is over. What an effective ending can do is give tangible evidence that the protagonist has changed and that the world has been restored to some order after the upheaval of the climax.

Ends ought to be as individual as the stories that precede them, but here are some thoughts that might guide you to the appropriate ending for your particular book. 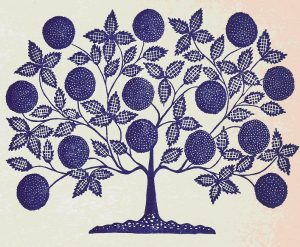 Think of the end as the resolution– the resolving of what is left unresolved by the climax. The climax usually resolves the external conflict/plot. The resolution can resolve the internal/psychological plot, and, in a romance, the romantic plot. This makes the ending more important because it provides closure on those essential storylines.

The end scene should show, in an actual or symbolic way, what has changed because of the events of the story– specifically, how the protagonist has changed. Our priest will have regained his faith, or become convinced the loss is permanent, or in one way or another found his own answer to that internal story question. The more focused this scene is on providing the answer to that question, the more closure the readers will experience.

The final scene, however short it is, should restore the world to some semblance of order– or rather, show the new order after the upheaval of the story events and the climax. The priest might attend the investiture of the new bishop, a humble and holy man, for example, and experience in the ancient ritual his own return to equilibrium. This shows that the world has not been thrown permanently off-kilter by the crisis, or rather, that the protagonist’s courage in facing the conflicts has prevented a cataclysm.

But there should be some change shown, or the story will seem meaningless. Even if the only major change is to the protagonist’s life or value system, that’s enough to prove that the readers haven’t wasted their time on some inconsequential series of events. (Remember how annoyed you were when that whole year of DALLAS turned out to just be a dream? That’s because that ending proved the story events to be irrelevant.)

What is the theme of your book? The conclusion ought to reinforce that theme, especially if the climax did not. For example, say the theme is, “We must create our faith anew if we lose the faith that was given to us.” The climax, dealing with the solving of the crime, will be too externally oriented to nail down implications of that theme. That’s where the resolution comes in– an additional scene that shows how the process of solving the murder (external conflict) has changed the protagonist’s understanding of faith. Maybe after the investiture, the priest, fighting his doubts, walks to the baptismal font and re-baptizes himself, showing that he is trying to create his new faith.

But the end event must fit the conflicts and the worldview presented in the story. If the internal issue was one of guilt and not lost faith, for instance, maybe the priest should go to the confessional instead of the baptismal font. If the worldview is a cynical one, presenting the proposition that all those in power are likely to be corrupt, then the new bishop could be greedy and hypocritical instead of humble and honest.

Romances probably require a scene that shows how overcoming the external and internal conflicts has made this couple more able to love and accept love freely. The strength of their love has been tested and proved impressive. The resolution scene can show what their fulfilled love has allowed them to grow into doing or being. So the readers’ last glimpse of them might be one teasing the other over something that would have torn them apart a few days ago. Or maybe the heroine dares the hero to do something he wouldn’t have imagined doing at the start of the book. Or he wakes up and finds her gone and goes looking for her and finds her on the phone to the mother she has been estranged from; his love has made her brave enough to restore that broken bond.

The end scene might even parallel the opening scene in some way (as in Laura Kinsale’s Flowers from the Storm, when the hero learns, for the second time, that he is about to become a father, but THIS time he knows what a miracle it is), thus showing how the world and the characters have changed because of the experience of earning love.

I prefer these immediate and small but symbolic scenes to some “happy with the dozen grandchildren” epilogue. What specifically did this pair of lovers need to overcome to find happiness together? The readers will be more satisfied with evidence that they’ve truly overcome that conflict than with a generic and meaningless “happy ever after” ending. 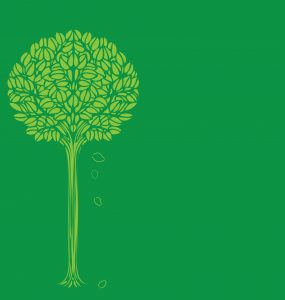 So… what tangible gesture or action would show HOW the internal conflict has resolved, and what significance that has? It should be a small event, probably, one that closes the story rather than opening another one. (I wouldn’t have the priest walk out of the church and meet a woman on the marble steps and think, “Hey, maybe this celibacy thing isn’t right for me after all!”) But the event should have emotional resonance, leaving the readers with the feeling that you want them to feel– peace or understanding or empowerment or sadness or anger.

The ending is the last experience your readers will have of your book, so make it a meaningful one. Resolve the conflicts, restore the world’s balance, reinforce the theme, reflect the protagonist’s growth, get that romance on track to everlasting love, and give the readers the final emotion they need to close your book with a satisfied sigh. Then you can type THE END in good conscience, knowing that you’ve provided an ending that is much more than an anti-climactic afterthought.