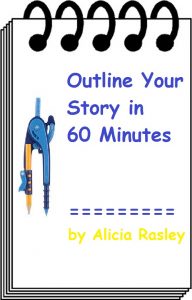 OUTLINE YOUR PLOT IN 60 MINUTES

This is a hands-on exercise you can do by yourself or in a group.  I often use this in workshops, and it is amazing how much insight you can gain to quickly get you to the important work of the first draft.

An Outline Is a Map

What if you could map out your book in 30 minutes?  This is a quick exercise designed to sketch out the major events of your novel. It only gives you a map– you have to make the drive yourself! 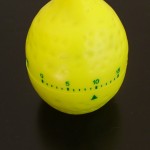 Get a kitchen timer or set your alarm. You’re going to free-write for three minutes on several questions. (If you want to cheat and write for five minutes on each, go ahead. Just be warned the exercise might take you an hour then.)

In free-writing, you put your fingers to keyboard or pen to paper, and you write, without regard to grammar, spelling, sense, or organization, for a specified period of time.

The trick is– you can’t stop till the bell rings. If you can’t think of anything to say, you just write your last word over and over. Pretty quick you’ll get bored and think of something else to write. But remember, turn off the editor. This is exploration, not real writing.

Type or write each question, then set the clock, read the question allowed, and go.

At the start of your book, what distinguishes your protagonist from other people? What central strength does he/she have? How does this strength get him/her into trouble?

Strength: Sue’s really good at problem solving. Trouble: She’s always being brought in at the last minute to clean up other people’s messes.

When the novel opens, what is s/he on the brink of doing? Why does he/she say she’s going to do this? What does this action represent for the protagonist?

She’s just moved into a new town and has volunteered to do the stage managing for the community theater. She says that theater work is fun, and she’ll get to make new friends. This represents her attempt to become part of the new community.

What external situation will require the protagonist’s participation throughout the course of the book? How does this connect with #2? Does it help or interfere? Can you build in a deadline for extra tension

What problem (external conflict) does the external situation present? How can the protagonist eventually resolve that conflict?

She is dragooned into taking over direction of the community theater’s performance of Hamlet one week before the first show, and she’s never directed a play before. She’s a good problem-solver, and she will use these skills to tackle all the theater’s problems.

List at least three obstacles in the way of her resolving this conflict. Make one an internal obstacle/conflict.

There’s not enough money for costumes.

None of the other actors think Sue can replace the gifted Stockinsky, the former director.

The actor playing Hamlet is a drunk.

Five days before the performance, her mother announces she hates her nursing home and wants to move in with Sue.

The theater’s roof is leaking and rain is predicted for performance night.

Internal– Sue’s need to be part of a group and be loved makes it hard for her to take charge and say no.

How will the protagonist grow because of confronting these obstacles?

When she has to fire the drunken Hamlet and replace him with a young inexperienced understudy, she learns to trust her judgment, assert her authority, and risk alienating her fellows. That is, she becomes a leader.

What do you want to happen at the end of the book?

I want the production to be successful despite some last-minute problems, and I want her to accept her position as leader.

9. What will have to happen to the protagonist against his/her will to make your ending come about?

Sue will have to get the courage to fire the popular Hamlet actor and still use her people skills to rally the shocked cast. She’ll also have to inspire the understudy to a great performance.

(As you can see, this will outline a plot driven by the protagonist’s motivation and interaction with the world. Please note, not all books rely so heavily on the protagonist’s personality. This works best with popular genre novels or novels with a “quest” structure. But the answers to these questions can help you determine where you’re going and how you’re going to get there.)

Okay, half hour’s up.

Now how do you make a story out of this?

Think of the answers to Questions #1 and #2 as your starting point. The answer to Question #8 is your ending point (all subject to change, of course!); everything else is landmarks along the way.

STORYTELLING STEP 1: Hook Into Action From the Start

Use #2 to craft an opening scene that involves the reader right away. A character on the brink of some action provides a lot of forward momentum. Consider, for example, Sue’s desire to join the community theater group as stage manager.

That action can involve the reader in the external situation described in #3 (the former director absconding with the funds), and/or be in pursuit of the goal you defined in #4.

Now what is the protagonist going to do?

Answer # 4 gives the protagonist’s intended destination. Consider why the protagonist wants to achieve this goal, and how pursuit of it will involve him/her further in the external situation described in #3. (She wants a successful production enough to agree to be director.)

How is the goal related to answer #1, whatever sets this person apart from everyone else? (Her reputation as a “hands-on problem-solver” has been established in her job as a trouble-shooter for a local software company, so she knows she can be a good stage-manager.)

# 6 lists obstacles to the resolution of the conflict. Which are external (the drunken actor, mom’s sudden and disruptive arrival)? Which are internal (her inability to say no, her guilt over mom)? How do these relate to the external situation?

Sketch at least one scene around each of these — or toss a couple out and have a single obstacle repeatedly plague the protagonist.

Show the protagonist encountering each obstacle, taking stock, and acting or reacting. Probably the obstacle will win at least once. See if you can make these ascend in order of emotional risk– that is, make taking on the first obstacle (no money for costumes) less of an emotional gamble than the next (having to ask the carpenter she kind of has a crush on to fix the roof for free).

The last obstacle should require her to make a huge emotional gamble, one she couldn’t have made at the beginning of the story but must do now that she has so much invested (she risks alienating the entire cast and the community by firing the popular actor).

STORYTELLING STEP 4:  Use What Makes Your Protagonist Special

Then what? The special quality you defined in 1 should come into play here (problem-solving skills)– and the issue/problem you have noted in this character (overwhelming desire to be liked).

Will the external conflict be resolved? Either way, the attempts to resolve the conflict can be the climb up to the climax.

The special quality and motivation of the protagonist, the most difficult obstacle, an important event in the external situation, and the goal, can all meet and explode in the climax (she fires Hamlet and brings on the young understudy, whom she has secretly coached, and faces down the cast mutiny).

In the resolution, however, your own ending takes over. The resolution of the conflict can be fulfilling or empty– she can have a great production and go home to an empty house.

(Or one with a petulant mom in it.) Or she can use her new-found “just-say-no” ability to gently guide mother to another, more appealing nursing home, and her old “just-say-yes” ability to start a new relationship with the generous carpenter. Just remember, your ending is going to help determine the message your reader will retain after closing the book, so make it fit your theme. (In this case, maybe, “Successful leadership sometimes depends on making the appropriate but unpopular decision.”)

STORYTELLING STEP 6:  Use the Best, Most Inspiring Material in Your Book

This is only an exercise, not a set of rules. Use what is illuminating, discard everything else. Your novel should find its own path.

But knowing where you’re going and some of the landmarks you’ll pass can make the journey a little less daunting.