Want to create an intense experience for the reader?

Start at the end! Craft the emotionally right end of the character journey.

But if you give them the wrong one in the end—an ending that does not complete the main character’s journey- their disappointment and dissatisfaction will be evidence that you did it wrong. So the ending – well, you have to get that right to know you’ve achieved a satisfactory experience for the audience.

Let’s examine this “journey” idea in a very long story that most of you know: the Harry Potter series. Each of the seven books of course stands on its own. In each book, young Harry has a journey, but also the entire series works together as what they call a coming-of-age story –a  bildungsroman. So there’s also a “series journey” for Harry, so that each of the books becomes a section of the longer journey.

In this pair of articles, we can discuss Harry’s journey, first through the initial book, and then through the entire series. 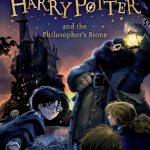 As you know, Harry starts out in Book 1 being raised in the household of a family of “Muggles,” non-magicals like us ordinary people. But most importantly he’s an orphan, who like one of the orphans in a Charles Dickens story is abandoned and neglected. He’s not really abused—his aunt and uncle take care of his basic needs. But he is neglected, and he knows that no one loves him. The parents who did love him are dead in a shady and perhaps shameful way, so no one will speak of them. In fact, he doesn’t actually even know if they loved him. All he knows is that they died.

And then—in this important first act of the story—Harry meets a talking snake and a cake-carrying giant, and he embarks on a journey to find himself and his place in the world.

Here are some lessons novelists can learn from Harry’s first journey.

But during the book, Harry has to make the journey from invisibility in the ordinary world to belonging in the wizard world. In the end, he takes up his rightful place in that world—which, because he is “the boy who lived,” an almost mythical creature, is as something of a star.

2. Show the journey start in the opening of the story.

That is crucial. At the start of the story, the reader doesn’t know your character and can’t intuit what the journey start is.  So show it, as JK Rowling shows his invisibility, how he is hidden away, how he almost doesn’t exist. Make it concrete for the reader. How invisible is Harry? Well, he’s so invisible, he has to sleep in a closet! He’s so invisible the neighbors don’t know he exists!  That’s showing invisibility, which we all know is more effective than telling.

It’s a good idea to start this first stage of the journey early. When the Harry series opens, there’s only a short prologue where Harry is a baby, then the Dursleys take him and effectively disappear him. Don’t spend more than a chapter or two setting up the start of the journey. Then create an “inciting incident” which either forces the character to act, or gives him/her a reason to start changing (the snake at the zoo speaks to Harry and makes him realize he’s got some secret power).

3. Have the plot lead the character further into the journey and force change.

Once you come up with a character journey like “from this starting point to that destination,” you can deepen the story by connecting the character’s emotional/psychological changing to the events of the external plot. So: While Harry’s family desperately tries to keep him invisible, the wizards enforce their rule that wizard children must go to Hogwarts for school. That’s the beginning, and that’s when Harry starts to realize maybe he’s not “no one”—he’s someone, and he’s got a place here.

There’s a brilliant scene that really plays with “invisibility”, when Harry uses his father’s invisibility cloak not to disappear, but to explore Hogwarts and learn more about his new home. On this venture, he finds in the Mirror of Erised, which shows him his greatest desire—the first image of his dead parents.

Very clever– the cloak of invisibility lets him see without being seen—and then the mirror reflects back what he doesn’t know he wants—an essential step on the journey of taking OFF his invisibility and joining into the wizard world. Notice this scene is placed in the middle of the journey—that is, when Harry should be growing away from that starting point. When he realizes he can be invisible and then take that cloak off and be himself, he has taken a major step to the destination of belonging to this new world.

Here, the first book ends with Harry certain that he belongs; in fact, he and his new best friends have won Gryffindor the coveted annual cup, and he knows he will be coming back here for his second year.

But he has a new realization, that with this new life come new responsibilities. When he was “invisible” at the Dursleys, he didn’t matter. No one depended on him. He could go through life as a mopey and secretly defiant pre-teen. Now here at the end, he belongs, he has a place in the world, and he also has responsibility. What he does matters, and now he can’t be careless and apathetic.

In fact, he’s realizing that with his visibility as “the boy who lived,” he has a special role in fighting against Lord Voldemort. While he was invisible, hidden with the Dursleys, he was safe, if unhappy and lonely. But now at Hogwarts, he has a home, friends, a purpose—and a new, lethal enemy. 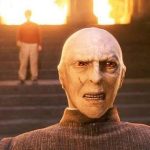 Let’s try that with your own story! Think of your central character. You might have more than one main character, but let’s just concentrate on one for the moment. Creating a character journey will help unify your story and also deepen your texture by developing the character along with the plot events.

So here are just a few questions to help you focus on your character journey and how it will work, especially in the opening and ending of the story. I’ll use the Harry Potter example to illustrate:

Harry starts out unwanted, invisible even to himself, and ends up belonging in a new world

and truly knowing who he is.

2. What internal resonance does this have– how does the journey change who this person is?

Harry learns who he is—a wizard- and what he can do –magic-, and also that he was and is loved. This gives him confidence and meaning.

List a few steps your protagonist will have to take to complete this journey:

3. How is the starting point shown in Act 1?

His foster family has been hiding him for years. No one acknowledges his birthday or tells

him about his parents.

4. In Act 2, what event(s) force the character into rising conflict around this journey issue?

Harry confronts several challenges, both the mundane (school) and the exotic (the troll), and can only surmount them by gaining friends and trusting them to help him. But then he finds that the true danger is hidden within the school itself, and in his own past. So he must figure out what this all has to do with him by going into his own past and learning about the tragedy of his parents’ death.

5. In Act 3, how does the completion of the journey help this character resolve the external problem (and/or vice versa, how does resolving the external problem help the character complete the journey)?
Harry completes his journey to belonging and knowing himself. This allows him to use his powers and his new alliances to defeat Voldemort (temporarily) and rid Hogwarts
of the enemy hidden within. Once he has done all that, he is truly accepted into his new world.

6. Any other thoughts or questions about your character’s journey?

It’s important to SHOW the journey, not just explain it. So there are concrete and immediate ways to show Harry’s journey start (hidden under the stairs, neglected by guardians) and ending (winning the “cup” at the end of the school year, cheered by his schoolmates).

Now of course, Harry Potter and the Philosopher’s Stone is just the first book in a long series. And Harry has a longer journey to travel, for which this is just the first step. So in Part 2 of this article, we’ll look into the journey of Harry through the series of stories, which is a deeper and more universally important journey—from Denial of Death to Acceptance of Death. A philosopher might even say that this isn’t just Harry’s journey, but the journey of the whole human race as we strive to deal with the knowledge of our own mortality.

This might be helpful to you if you plan a series of linked stories and want to create a thematic unity from Book One to Book Last!

Harry Potter’s Journey, Part 2, will be coming in a couple days. In the meantime–

Here’s my exploration of Journey, with several good examples from students and stories you’ll know!

Braiding the Character with the Plot:

THE CHARACTER JOURNEY with Alicia Rasley

Also, if you’d like to learn more practical and yet sophisticated techniques to deepen your story and intensify your audience’s experience, you might be interested in my new course Building Bolder Scenes.

You can sign up here to get notified when it’s ready to launch in a couple weeks!

Get notified about my new scenes course: http://bit.ly/scenes-course-info